WAX Studios announced that the Web3 developers have reached a partnership agreement with legendary Magic: The Gathering creator Richard Garfield. The partnership “will deliver a new PVP layer within WAX Studios’ Blockchain Brawlers game, which was released to major fanfare earlier this month.”

“It’s a pleasure to bring a PVP element to Blockchain Brawlers. I am aiming for a game that is entertaining and immersive with real strategic choices and opportunity for risk taking — yet easy enough to learn that it opens up Blockchain Brawlers to a broad player audience,” says Garfield.

Blockchain Brawlers is described by developers WAX Studios as “the most hilarious and entertaining series of NFTs in metaverse history. We’re talking about a ragtag brigade of high-flying heels that includes The Iron Pole, Crocodile Dundalk, Thuggernaut (to name a few) that’ll help you wrestle your way to NFT supremacy.” The game’s website features different NFT wrestlers as stylized versions of real-life classic wrestlers like “The Macho Man” Randy Savage and “The Nature Boy” Ric Flair. NFT skins also appear to be purchasable, allowing players to further customize their NFT wrestlers.

“We set up WAX Studios because we feel Web3 gaming is in urgent need of redefinition,” says WAX Studios CGO Michael Rubinelli. “Right now, it’s more about farming than having fun. Bringing in Richard Garfield and his beautiful, mathematical, and strategy-driven mind to the creative team behind our new PVP layer will boost Blockchain Brawlers to entirely new levels and raise the bar on Web3 gaming.”

Blockchain Brawlers is the first play-to-earn game created by WAX Game Studios in their own WAX Blockchain. The game will require players to have a WAX Cloud Wallet (WCW) set up to be able to play the game. Playing the game allows players to earn BRWL and Gold, the game’s NFT currency. Based on Youtube videos of how the game runs, it seems like the game is similar to other web-based NFT games like CryptoMines and CryptoGodz that contain point and click gameplay elements. If you know what happened to those two games, then you might be wary of putting too much trust in this one. Again, do your own research and invest only what you can afford to lose. So far, NFT game Youtubers report up to $200 of earnings a day, but historical data show that this payout sharply decreases as more people get into the game as it gets more popular. 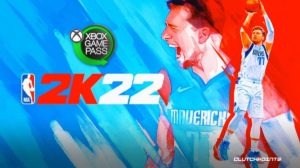